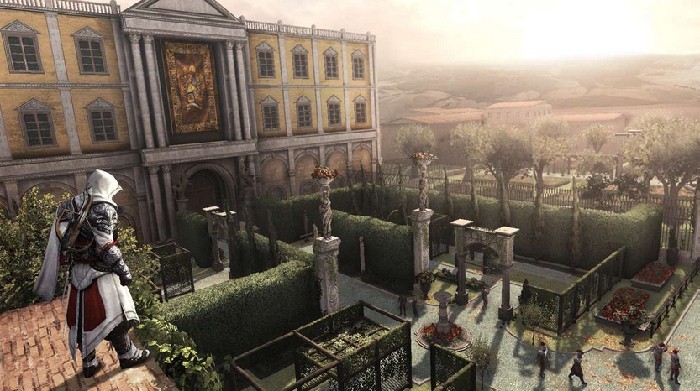 The Basic Plot And Story Line Behind ‘Assassin’s Creed Unity’

Arno Dorian is the protagonist of this particular installment. And the game is set in Paris, France during the time known in history as the “Reign of Terror” in France; that is, during the bloodiest phase of the French Revolution.

The poor and abused members of society have had enough and are showing their dissatisfaction with the old pro-aristocratic regime in the most vicious way possible. The poor masses of France have taken up arms to fight for their freedom and for the right to equality among all of society’s classes. And among this chaos is Aro, who is seeking both revenge and redemption in memory of his lost loved ones. Arno Dorian fights so that those close to him who lost their lives did not do so in vain. He is thus thrown in to the heart of this war, and he is consequently forged into a “Master Assassin”.

On another side, the game isn’t just about the lower classes overthrowing the upper classes in a bid for their freedom and equality. For, at the same time as this war of the masses is going on in France, the Assassins and the Templars are fighting for domination (well, control) of the nation as well.

The main revamped part of Assassin’s Creed Unity is the video game’s new and improved stealth and parkour mechanics. For in this 7th instalment of the Assassin’s Creed series of video games, gamers are going to have full control of the game’s stealth and parkour mechanics! So look out for an incredible fighting system and an immeasurably finer combat experience. Gamers will also have the added feature of being able to access tools that can control and manipulate the crowds. Even better, this instalment of the game allows players the tools to also allow them to customize weapons, costumes, skills, and various other equipment, meaning that players will have more of an advantage than ever (seeing that all these features can be tailored to each player’s own playing style)!

Further, both single players and team players can have a lot of fun with Assassin’s Creed Unity. Assassin’s Creed Unity completely supports single player playing and exploration in this game’s world, so there’s no necessity for a player to team up with others if they don’t want to. On the flip side though, any time a single player wants to team up with other players (you know, just for the fun of it!) in the game, they can easily do that too. In fact, all the skills and equipment that a player might have earned during single player tasks and missions can now be made available to them even when they go on missions as part of a team! (Just note that no more than three players can team up in he game at a time though.)

Another enticing feature of this game is that the narrative of the game is wonderfully witty and funny, and it pulls the player right into the heat and story of the game!