With the domination of zombie apocalypse and fighting games that are available in the video game market, it is perhaps not so surprising that video games are valued for nothing more than their entertainment value. However, video games have often proved to be wonderful teaching tools for a variety of real life skills, applications, and subjects. In that spirit, this article is going to deal with all the ways video games can be a wonderful teaching tool. 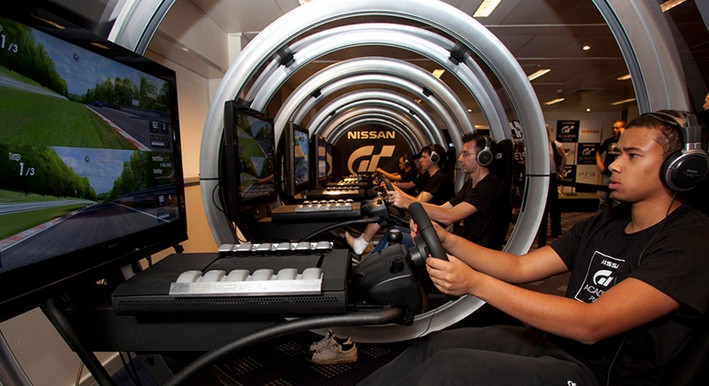 Virtual or video game simulations are perhaps the most common and known ways that video games have been used as a teaching tool. Video games force the player to watch the screen while manipulating the game with their hands on the controls. Hence, it’s a great tool for improving a person’s hand-eye coordination and to ingrain physically reactions in a person without them having to completely depend on their sense of sight. It is perhaps why driving simulations that drivers-Ed students have to undergo are so effective. Plus, a lot of potential costs and dangers due to possible damages by way of accidents are saved this way too! For instead of taking a student out directly on to a road or into traffic, an instructor can first instruct and gauge how well a student does on a virtual driving simulation. And once the student passes that test, he or she will have much better success and much fewer accidents once the instructor takes their driving classes to the actual road.

The idea of teaching through virtual simulations is obviously sound as well. For astronauts and pilots have been using such training tools for a very long time now.

And speaking of astronaut and pilot training, virtual simulations are not only good for training in common criteria and applications, but are also used to put professionals in virtually dangerous situations that one can’t enact for training purposes in real life. For instance, a pilot can be put into a situation through a virtual simulator in which he or she has to deal with their engine failing or any other possible emergency situation. Of course it isn’t real. But it will teach how to handle that particular situation in case the pilot ever faces it in reality.

Students usually try to avoid studying, especially in school. This has been a pattern and fact of life since the idea of compulsory training and education came in to being in the world. (Not free education, mind, but since people decided children should be taught certain things in advance.)

So in this world dominated by online technology and media, edutainment is a concept that is being applied in many schools. Among various aids that fall under the category of “edutainment” in schools is the concept of teaching students various concepts through playing video games. And to a large extent, studies have shown that this has remarkably positive results among students. For one thing, it’s fun. And the student finds it easier to understand the concept when they are able to apply what they learn practically – even if where they are applying it is in a virtual video game-like situation.

Video games such as “I’m Positive” (a video game that lets the player take on the virtual role of a character who has found out that he is HIV positive) are not even games that are designed for school. Instead, there are a number of free downloadable video games such as I’m positive that educates all players about various life situations in a very real and practical way.