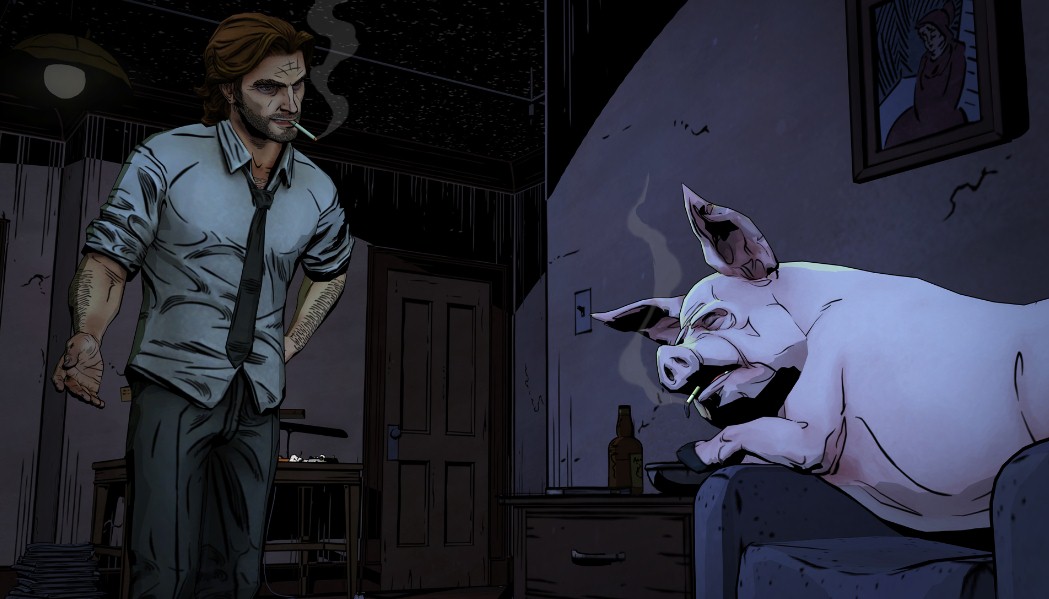 Background Story of ‘The Wolf Among Us’

Years before the first comic book issue of “Fables” is when ‘The Wolf Among Us’ is set. What’s happened is that the homeland of the mythical creatures and characters, whom we only know through fables and fairy tales, has been taken over by a mysterious tyrannical villain who has only been referred to as the “Adversary”. To escape the adversary, many of the creatures of this world (who will henceforth be referred to as “Fables”) fled to the ordinary world to set up a new life (also known as the “Mundane World” by the Fables).

In this ordinary world, the Fables who escaped attempted to create a new world for themselves. And they called their new little town “Fabletown”. However, they must also keep their existence a secret from the native humans in the world. Hence, all non-human Fables are required to buy an enchantment for themselves (called a “glamour”), which will allow them to look human and fool any “mundies” (what Fables call the native humans). If they cannot or do not purchase a glamour, they would be relocated to a more rural area known as “The Farm”.

To maintain their town’s secret is the Sheriff’s main job. And the current Sherriff of the town is Bigby Wolf – known better to us as the “Big Bad Wolf” – who is now a reformed citizen of Fabletown. He is also friends with Snow White, who is the Deputy Mayor of Fabletown.

Bigby Wolf is the player character and protagonist of ‘The Wolf Among Us’ video game. There are a variety of other Fable characters in the game as well. Among them, Tweedle Dum and Tweedle Dee, who are twins and thugs within the game, are often obstacles to Bigby Wolf in his investigations.

The Gameplay of ‘The Wolf Among Us’

The Wolf Among Us video game is, in essence, a point and click video game with adventure as the main genre. In this game, the gamer takes on the role of the main player character, Bigby Wolf, the Sherriff of Fabletown. The gamer can manipulate Bigby Wolf all around the world (environment) of the game. The Big Bad Wolf player character can not only be made to move around, but can also interact as well as examine the various objects and characters he might come into contact with in the game.

However, how the story in the game unfolds, and who and what Bigby Wolf encounters, depends largely on the decisions made by the player in the course of the game. For, whatever decision the player makes will somehow or the other influence various future events within the plot of the game. The decisions that influence the game are major, however; for example, the characters that the Big Bad Wolf decides to chase after or investigate at a point of time in the game will determine which characters, places, and objects he will encounter after the fact. Not to mention that the player might meet some characters later who might have been of help had Bigby Wolf met them earlier. The game also sees plenty of action at various points that requires quick responses to overcome those obstacles and proceed forward.