The Witcher 2: Assassins of Kings – A Marked Difference and Improvement on the Previous ‘The Witcher’ Video Games 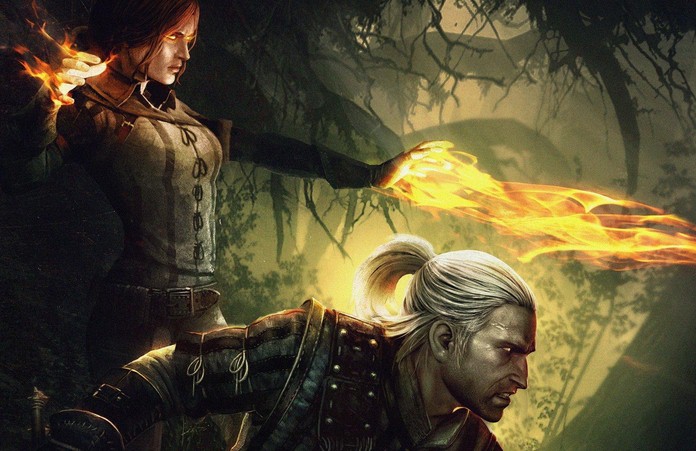 ‘The Witcher 2: Assassins of Kings’ is an action adventure, single player, role playing video game with plenty of “hack and slash” action within the game. The Witcher series of video games is actually based on a set of fantasy novels by Andrzej Sapkowski. The reception for this video game has been delightfully positive since the first instalment of ‘The Witcher’ video games was released.

The Background and Plot of ‘The Witcher 2: Assassins of Kings’

‘The Witcher 2: Assassins of Kings’ is set in a fantasy world with a medieval theme. In this world, there exists the “Witchers”, who are human beings that have been genetically enhanced and brutally trained to fight and kill the monsters of this world from an extremely young age. Each “Witcher” has a different set of powers and abilities from the other Witchers. The most common and “playable” abilities of the Witchers within the game include sword-fighting and sword-handling, alchemy, and magic.

The story begins with Geralt being questioned by the commander of the Blue Stripes (a Special Forces group from Temeria). The cross-examination is taking place in the Temeria Kingdom and is regarding the murder (or assassination, if you want to get technical) of Temeria’s king, King Foltest. Geralt answers the commander, revealing that he had been King Foltest’s bodyguard when he had been killed.

We learn that a group comprising of the noble families of Temeria planned and executed an uprising against the then King Foltest. King Foltest had, at the time of the uprising, lead him into a battle in order to retrieve Anais and Boussy (King Foltest’s illegitimate children), who were being held as prisoners by the rebels against the king. Foltest finds his children, but is then subsequently killed by an assassin who had concealed himself by camouflaging himself as a blind monk. The monk – or rather, the King’s assassin – manages to escape before Geralt can move to capture him. In the ensuing chaos, Temerian forces arrive at the scene, and Geralt is mistaken for King Foltest’s assassin.

Roche, once he hears Geralt’s story, believes him and helps him escape the prison he was being held in. Then Geralt and Roche, along with Sorceress Triss ( who is Geralt’s friend and royal advisor to former King Foltest), journeys to a trading post called “Flotsam” in order to find and capture the assassin who had slayed the King.

The Gameplay of ‘The Witcher 2: Assassins of Kings’

The gameplay is pretty different from the Witcher instalments that came before ‘The Witcher 2: Assassins of Kings’. It also has new features within the game, like the possibility of being able to aim and throw ranged weapons as well as the capability of laying traps in the game.

The player plays the role of Geralt in this game, who is the hero in this instalment. Geralt also has better offensive and defensive equipment and abilities when compared to the previous instalments. He had a wide range of bombs and traps and ranged weapons. Other weapons like shovels and hatchets are also included in his arsenal. Upgrades available in the game include a training path in the beginning (other upgrading paths can’t be accessed until this first one is harnessed fully), swordsmanship (which, predictably, elevates the protagonist’s fighting abilities with a sword), alchemy (which has benefits like reducing the harmful effects of potions and poisons), and finally magic (which, of course, betters the “Witcher Signs”). A stealth mode is also included in this video game at certain levels.