The Start of the ‘Rainbow Six’ Legacy of Video Games 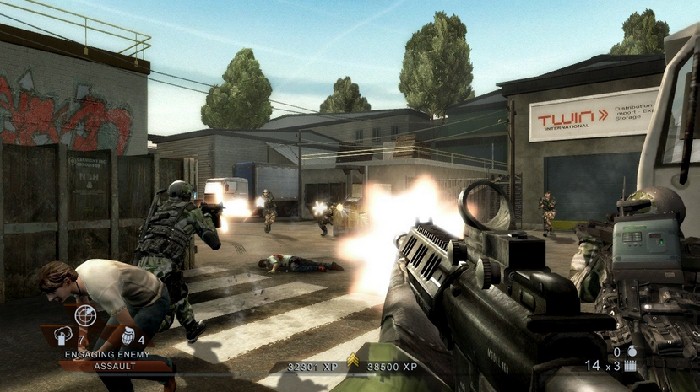 ‘Tom Clancy’s Rainbow Six’ is a shooter game that was first released in the year 1998. It was the very first installment released of the series. It is a tactical role playing game with a heavy dose of action and adventure as the main part of its gameplay. In 1999, an expansion pack of the same video game, named Tom Clancy’s Rainbow Six: Eagle Watch, was released. It started off as a video game that was only available for the PC platform. But now there are versions of the game that is available on various video game platforms, including (but not limited to) the PlayStation video game platform as well.

Set in the year of 1999, “RAINBOW” is a newly established international CTU (Counter Terrorism Unit) that is made up of various teams of elite and above par soldiers from various countries. The RAINBOW CTU was created in order to counter the growing threat and problems of terrorist activities spreading on an international level. RAINBOW’s Director is John Clark.

Just a short time after its setup, RAINBOW finds itself defending against various terrorist attacks by the Phoenix Group, an organization already known for its eco-terrorism activities. The many attacks seem unrelated at first glance. And the Horizon corporation (a biotechnology company with considerable power of its own) assists RAINBOW in its investigation into these seemingly random attacks.

However, the Counter Terrorism Unit soon comes to know that the Horizon corporation is the main mastermind behind the terrorist attacks, and that the Phoenix Group is just a front for Horizon. In fact, it is discovered that John Brightling (the Chairman of Horizon Inc.) is using his company to develop an incredibly contagious strain of the Ebola virus. This strain of virus, which is dubbed “Shiva”, is expected to kill off most of the human population on the planet, all so as to (in Brightling’s eyes) protect mother nature. His plan is to save but a few humans (chosen by him) to survive the destruction of the human race and then to rebuild the world as an “environmentally-friendly” utopia. (The chance that, if he succeeds, the virus might infect them some way too, or that he is destroying nature’s balance anyway by practically vanishing an entire species, does not seem to occur to the eco-terrorism head.)

As for the reason behind those seemingly random terrorist attacks by the Phoenix Group, apparently it was all part of the Chairman’s plans to instigate a fear of terrorism and then take advantage of that fear to ensure a security contract for his own private security firm at the Olympic Games; and there, he plans to get his security personnel (from the planted security firm, that is) to release the virus, thereby making sure that the virus spreads internationally by infecting the international level players and audiences at the Olympics.

Stealth and planning are a major part of the gameplay – even more so than firepower. New players will find the armor and weapons practically useless until they get used to the game; for strategic thinking and effective use of weaponry is what is focused on in this game’s design, and consequently, also what will help a player win.

At the end, RAINBOW wins and prevents the virus from being unleashed. And when Brightling and his co-conspirators retreat to their jungle facility to regroup and re-plan a new attack, RAINBOW’s CTU infiltrates the base and capture’s John Brightling, and kills all the rest of his men.