The Ins and Outs of ‘Chivalry: Medieval Warfare’ 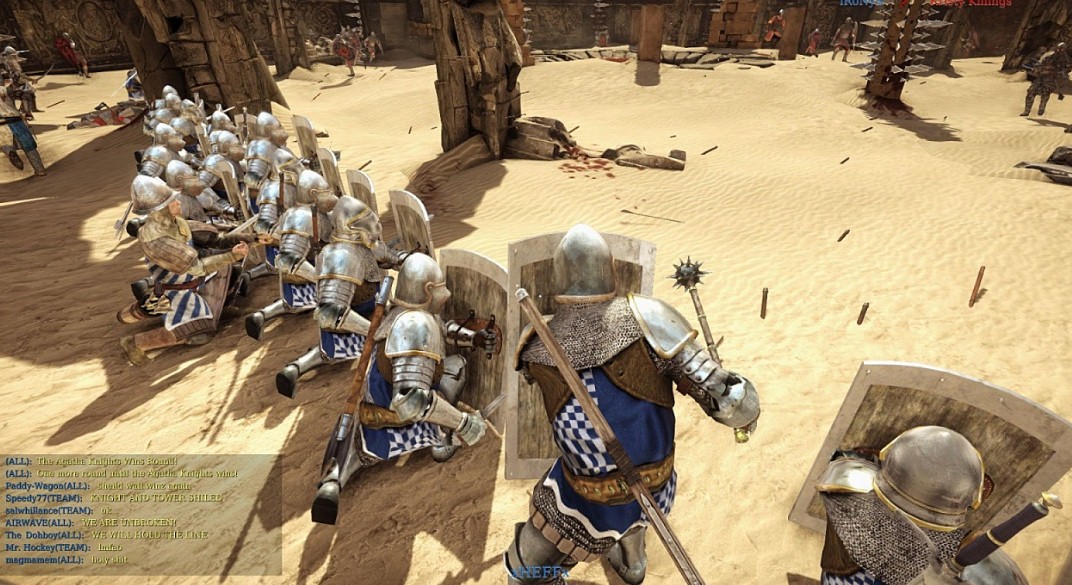 ‘Chivalry: Medieval Warfare’ is an action adventure, multiplayer game that is set in an environment and game world resembling medieval times. As the world is modelled after the European Middle Ages, the combat techniques within the game reflect the same style. As such, maces, swords, boiling oil, catapults, crossbows and longbows, among other medieval weapons, are what are primarily used within the game.

Basic Premise of the Game and “Gore” Value

The video game revolves around the civil war that is rampaging through the kingdom of ‘Agatha’ (a fictional nation, of course). There are two primary factions in this war: The ‘Mason Order’, and the ‘Agathian Knights’. Players of the game can pick either side to play for, and there are a host of different player characters to pick from in either faction. Choose carefully though, for each character in both sides of the war has a different set of skills to the others, not to mention the different choices of weapons as well.

Take note however: This game consists of plenty of gore, so if that’s not what makes you tick in a video game, then think twice before playing this one. For in here, players do not only stab their foes with daggers, swords, and arrows, but can also crush their enemy’s skull with a mace, as well as decapitate heads, maim them and dismember them.

The gameplay of ‘Chivalry: Medieval Warfare’ is based on the various classes of the player characters, and the gameplay modes that players can play within the game (either individually or in teams). There are four classes available for the player characters: And other than the colour and design of the armour, the four classes are the same for either side of the war. The four player classes are knights, men-at-arms, vanguards, and archers.

As for gameplay modes, there are as many as seven modes. They are ‘Team Objective’, ‘King of the Hill’, ‘Capture the Flag’, ‘Team Deathmatch’, ‘Last Team Standing’, ‘Duel Players’, and ‘Free for All’.

Knight class players often use the heaviest weapons and armour. But though they can hit hard, the strike is often slow due to the weight of the weaponry. The movements of such players are slow as well.

Men-at-Arms are the most agile of the classes. However, their armour is also the weakest.

Vanguards don’t use shields. However, their weapons are long (like polearms and grandswords, for instance) and they don’t need to get too close to the enemy to attack. Their attacks are usually very fast and quite effective.

As the name hints, the archer’s primary weapon is the bow and arrow. However, they are not limited to that. They also use javelins – not to mention daggers for close combat. However, long distance attacks are ideal for the archer as they have no armour at all.

In this mode, there are two teams, each with a specific objective: One team attacks, while the other team defends. The attacking team usually has to pillage and plunder and break into fortes and castles, among other things. And the defensive team has to stop the other team from succeeding at these tasks.

King of the Hill Game Mode

This is a time-based mode. There are two teams, and each team has to hold on to a particular piece of territory on the map for a specified amount of time. The team to succeed in doing so wins.

As the name indicates, a team has to take the other team’s flag and bring it back to their base while protecting their own.

Two teams fight to the death, and the first team to lose all their resources loses the game and their remaining players.

Here, two teams fight in an arena, and the last team standing wins.

Two players duel, and the player with the most victories win.

Free for All Game Mode

Here, every player fights alone for a specified time, and the player with the highest score wins at the end of that time.