The Ins and Outs Of Brothers: A Tale of Two Sons 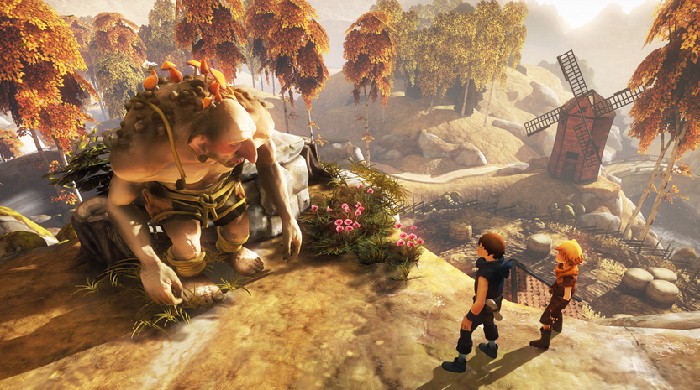 ‘Brothers: A Tale of Two Sons’ is a puzzle platform type of video game that soundly falls soundly into the genre of adventure video games. The reception for this game on its release was positive overall, and the story line and plot received particular attention with regards to the game’s popularity.

What You Need To Know About The Gameplay Of ‘Brothers: A Tale of Two Sons’

‘Brothers: A Tale of Two Sons’ is a video game that a gamer plays with a “third person” view. Both the brothers are controlled by the player by way of two control buttons or thumb sticks. The two brothers are controlled individually. The controls also lets each brother to interact with the game’s world or environment. For example, the controls can allow either brother to talk to non-player characters, catch or grab on to a ledge or any other object in the game’s environment, etc.

Among the two, the elder brother is physically stronger and can hence pull heavy objects or levers and is capable of holding his younger brother’s weight and boosting the younger boy on to higher ledges and places. The younger brother is lighter, smaller, and leaner, and his smaller physique allows him to do other tasks, such as passing in between narrow poles or bars and squeezing in between smaller spaces.

The player moves forward in the game by controlling and manoeuvring the two brothers, at the same time, to solve various kinds of puzzles that they’ll come across in the game. This simultaneous manipulation of the two video game characters will necessitate situations where the player will have to make both the brothers do different things at the same time. For example, one brother can solve the puzzle or move through a particular path while the other brother provides a distraction to any non-friendly characters in the game. This, of course, will take some quick thinking (and playing) on the gamer’s part. Just note that if either the younger or older brother gets injured or falls from a huge height, then they will both wind up back at the most recent check point in the video game.

What You Need To Know About The Plot Behind ‘Brothers: A Tale of Two Sons’

The two brothers, who are the protagonists in this game, are named Naia and Naiee, with Naia being the elder brother and Naiee being the younger one. In the game’s story line, their mother had drowned at sea. And the game begins with Naiee paying his respects at her tombstone. Naia calls for Naiee then, as he needs his help to get their father to the village doctor as he is very ill.

Once they reach the village doctor though, they are told that the only way to save their father from his illness is to journey to the Tree of Life and bring back its waters, which is the cure. Thus, the brothers begin their journey to the Tree of Life in order to save their only remaining parent’s life. On their journey, they encounter a multitude of obstacles, such as a farmer’s vicious dog, a bully, and a pack of wild wolves. However, it’s not always fighting against other characters and obstacles either. For on the way they also help a lot of characters that they meet, such as the man they met who was trying to attempt suicide, an inventor, and even a pair of trolls (who are friendly characters in this game).