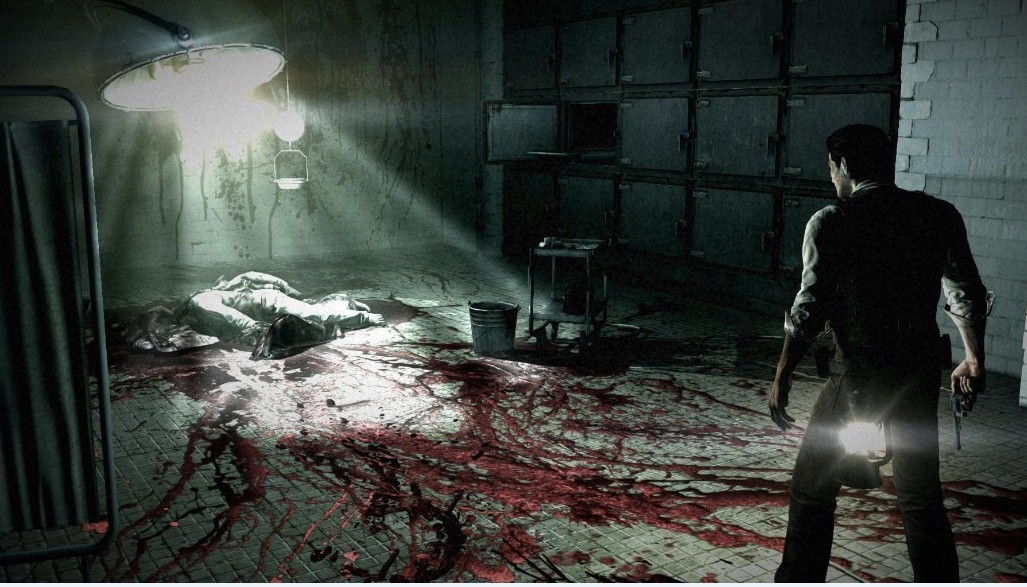 The Background Storyline of ‘The Evil Within’ Video Game

Sebastian Castellanos is the main protagonist of the video game. Nicknamed “Seb”, he is an experienced police detective and is assisted by Juli Kidman (nicknamed “Kid”) and Joseph Oda. Together, they must confront and survive the indestructible spectre named Ruvik.

It all starts when Seb and his colleagues (Kid and Josep) has to investigate the gory scene of a murderous massacre at Beacon Mental Hospital. There Seb, Kid and Joseph runs into an evil and dangerously powerful force. Seb witnesses a man (wearing a white hood and with a generous scattering of burn scars) brutally murdering his fellow officers. And afterwards, he is ambushed and knocked out. When he awakes though, he finds himself in a twisted world where Krimson City is besieged by earthquakes, random and impossible shifts in the terrain, and monstrous creatures called “Haunted” prowling around the world.

There, he meets a Doctor searching for his patient, Leslie. And through a series of events, Seb discovers the story of Ruvik, who was the man who murdered those officers. Sebastian learns that Ruvik is actually trying to escape his mind using a strong mind and use it to enter the real world. For the twisted, deranged world that Sebastian is currently in is actually Ruvik’s mind; as in the real world, Seb and a host of other people are attached to a machine named STEM that is connecting them all to Ruvik’s mind!

The Gameplay of ‘The Evil Within’

As stated before, ‘The Evil Within’ is a survival game through and through. And the story and visuals place it squarely in the horror category of video games.

In this game, the player must scavenge for supplies, and learn when he or she should fight, and when he or she should just run! You, the player, must play the role of “Seb” (Sebastian) Castellanos and make use of the world and materials around you to survive. Note that the game world can morph without warning as a result of certain player decisions and actions, as well as from scripted events within the game.

The player must use medical items he finds in the game in order to restore his or her help. But be warned that some of these meds can cause hallucinations and similar effects as temporary side effects. Collecting numerous vials of green liquid during the course of the game can upgrade Seb’s abilities and skills.

The player, as Sebastian, will also be able to access different weapons, like revolvers, grenades, sniper rifles, knives and shotguns. There is also another weapon called the Agony Crossbow that the player can access. It is a weapon that fires bolts that can freeze, electrocute, blind, or even explode foes. However, note that ammunition is scarce in this world, and you will need to harvest mechanical components in order to create extra bolts.

Bombs in the game can act as traps which react to the player’s movements or nearness. They can be disarmed using minigames however.

To really destroy enemies, they must be set aflame using matches. This is because opponents that are disabled or drowned can get back up and attack again. Certain items in the surroundings of the game can also be picked up and thrown in order to create distractions for your enemies.