The #GamerGate war, which was sparked earlier this year thanks to a revenge post by a programmer about his game developer ex-girlfriend, is by now probably common knowledge. However, the fact that is still ongoing, and is still a pretty vicious war, is what keeps putting #GamerGate in the top topics of gaming news.

Online discussions and debates are normal. And in all honesty, it is almost laughably easy to start a debate online. It often seems that the World Wide Web is full of users who can’t wait to find something to spew about – and most often in a negative and unproductive way.

Now, to be perfectly fair, this does not mean that any debate or controversy that crops up is unnecessary or useless. Indeed, many topics are very much worth the time spent debating it, and such discussions have even triggered valuable changes and stages of evolution within that particular online community and world. In fact, one could argue that no discussion can be termed useless for no one can predict what far-reaching effects it may or may not have.

However, while all that is true and having a discussion is all well and good, it is the treatment and execution of a debate or argument that determines whether it is harmful or useful. And that is where the #GameGate war has crossed the lines of being a “healthy” controversy and fallen into the realm of harmful and violent hostilities that definitely do more harm than good.

Shocking Repercussions of the #GamerGate Debate

The gaming industry and the world of video games in general have always been a kind of boys club. However, although it might have started that way, it was only a matter of time before girls got in on the fun as well. Now, considering that we live in the 21st century, with equal rights for all being advocated and advertised, as well as considered a practical and necessary reality to establish in all spheres, one would think that something as fun, diverse and technologically advanced as gaming would be an easy sphere to accept this.

Apparently, that isn’t the case.

If anything, the main subject of #GamerGate “discussions” (though this word is far from appropriate for the current scenario) has proven that gender inequality is a painful reality, and something that many people seem to want to keep the same.

Zoe Quinn (a game developer) and Anita Sarkeesian (a gaming critic) are two women who were harassed on #GamerGate to the point that they had to vacate their residences for new ones in order to keep themselves safe from their (practically rabid) opposers. 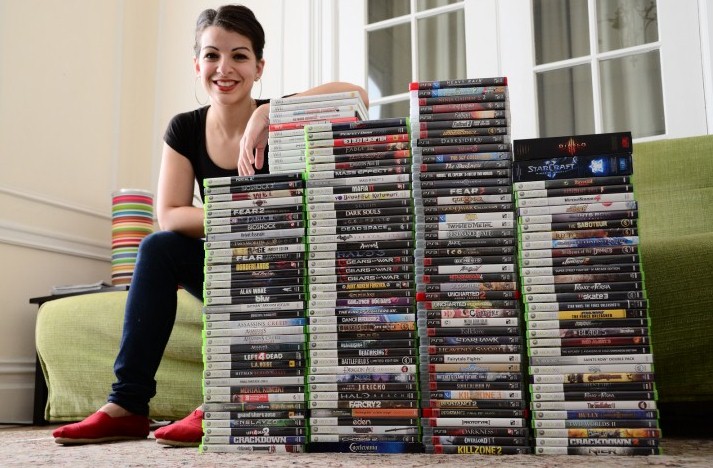 And their perceived crimes? Being female in a male-dominated industry, and having outspoken views that deviate from prior male-dominated ideas about video games. Both Zoe Quinn and Anita Sarkeesian have found themselves on the receiving end of horrible threats that threaten their safety, their homes, their families, and their lives. Of course, it wasn’t like female members of the gaming community haven’t had threats of violence thrown at them before. But this was the first time that the situation got creepy and frightening enough to involve the authorities.

Even worse, those who supported them and other equal-opportunity and gender-neutral views on video games and the like – both men and women alike – were threatened as well. As a result, some prominent gaming journalists have been reported to claim that they’re washing their hands off gaming news altogether! The threats and responses were so bad that so many remained silent for quite a while just so that they wouldn’t be the next target of such internet trolling!
The only reason that didn’t last was because the federal authorities soon became involved.

But does this mean that the trollers win? To actually get one entire group to remain silent – even for a short time – out of fear . . . Is this not an ominous sign of how much things can retrograde if allowed to?