Ni No Kuni is a wonderful role playing game that is rife with plot twists and interesting characters. It employs a combat gameplay style that is reminiscent of both western and Japanese style Role Playing Games, and its beautifully animated scenes and incredible visual designs make this a game you certainly don’t want to miss! It’s not a very recent game (Although “recent” here is speaking in terms of video games, and that trend can change in a heart beat.) but it certainly packs a punch. And other than that, the video game’s plot and host of lively and intriguing characters is as engaging as any of the newest games that have been released. 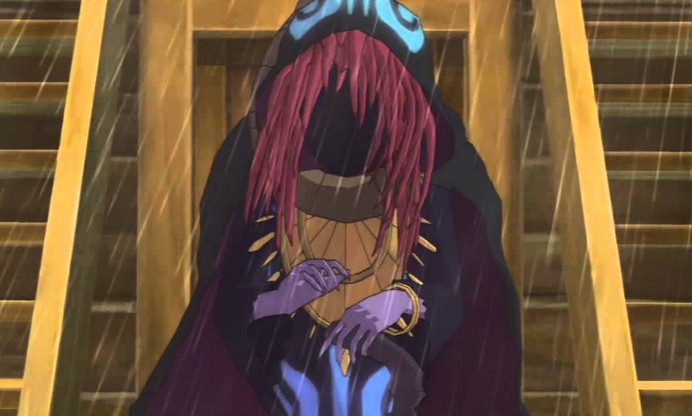 It’s like, even with time travel plots and the theory of parallel dimensions with links between alternate personalities or “souls” in these worlds being applied, the story and game developers decided that it wasn’t enough. For they’ve added not one villain, but two. And the second, the White Witch, comes into the game only after the defeat of the first. Plus, it turns out that she was the one who instigated Shadar becoming an evil wizard bent on world domination in the first place!

But that’s not all either. For both villains, it turns out, had adequate instigation to turn evil. And their stories are no less intriguing than our main characters.

Let’s not get ahead of ourselves though. For not only does Shadar have to be defeated before some the mysteries can be unravelled, but the White Witch has to be defeated then too – and she’s even more powerful than Shadar. (As if Shadar hadn’t been hard enough to fight!)

Oliver might have started the journey to defeat Shadar in order to save Alicia (and hopefully, by their link through being “soul mates”) and, in turn, his mother Allie in his world, but it was in no way a short task. For he first had to repair the broken hearts of the many who had been victims of Shadar. And then, after he found an ally in Esther, had to retrieve an important object that was stolen from him by a thief called Swaine. Thankfully though, Swaine winds up joining their quest and helps them. Then, just as they find the four great mages they had been searching for and feel their hopes rise with the mention of a powerful wand named “Mornstar” which might be able to defeat Shadar, their spirits are crushed again when they learn that Shadar had foreseen this possibility for his defeat too and had already (recently though) destroyed the wand. (We have to say, as far as villains go, Shadar is definitely a smart one! For he certainly seems to have covered all his bases!)

However, luck is still with them as a stranger sends the group back in time to retrieve “Mornstar” (which they do). And after returning to the present, they have to further search for three magical stones in order to complete the powerful wand.

However, (And yes, we notice that there are many “however”s in this article, but that’s really due to how the plot for this game is crafted.) Oliver also discovers at this time that Allie and Alicia are actually the same person rather than soul mates. For Alicia had travelled forward in time to Motorville in order to search for Shadar’s next soul mate (he had disposed of the first to avoid this very scenario; like we said, smart villain), and had wound up setting down as “Allie” and giving birth to Oliver (who, in fact, is Shadar’s second soul mate in this world).

Shadar is defeated in the end, and Oliver, being his “soul mate” was to die with him. However, Shadar, settling his despair (over past circumstances in life that led him towards the path of darkness in the first place) and finally finding peace, uses his magic to sever his “soul mate” link with Oliver, thus saving Oliver and allowing him to live.