This game is an absolute darling since it can adjust the skill levels to suit the performance of the learner. As the person starts learning to play guitar, more notes are introduced. Notes in full color are shown on the screen as you practice playing the electric guitar. Moreover, to keep a note of your progress level, the notes and phrases of all previous tracks are shown on the top of the screen. Many people who eagerly wanted to play guitar have shown great satisfaction with this latest 2014 Rocksmith video game. 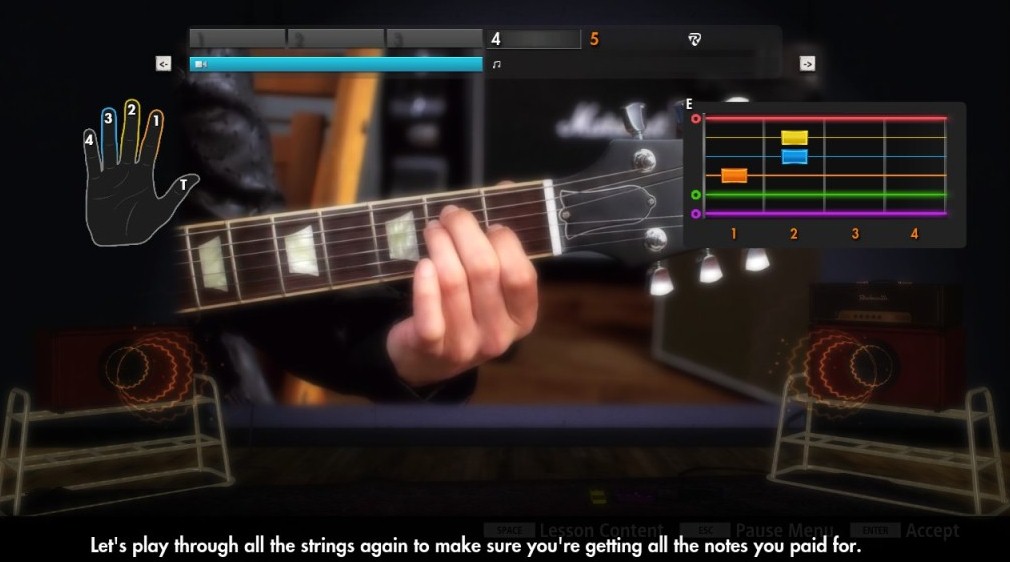 Toluna Consumer Survey revealed around 95 percent of the players has improved playing the guitar while the Research Strategy group Inc. supported the video game saying it enabled people to learn guitar much faster in a few sessions.

DLC Founder, Ray Wilmott has something valuable to say about this guitar learning video game. Ray starts saying he thinks that Ubisoft, the supporter of this game, has hardly anything more to add in its next versions. Rocksmith 2014 comes as an all-in-one package with up to 55 song track list ready to be played by a budding musician.

Each song is broken down into the smallest part to make it easier for the learners to catch the right note. This video game will open up new chords as the player starts playing in tune. The game allows any guitarist enough room for mastering his or her playing skills to earn great appreciation from family and friends. After repeated practicing, it then becomes much easier to play the full song without a single mistake!

According to Ray Wilmott, the best part of the game is literally watching you play each note correctly. The game will give recommendations to improve your skills further. It even goes to the length of suggesting you to slow down to rehearse a set of chords till you start playing confidently. There are certain levels to achieve to further enjoy getting suggestions from Rocksmith 2014.

To reach the next level or objectives, a player is offered a series of attractive video tutorials to provide a visual demonstration of how you can better your performance. Highly interactive videos are also available with this game to improve the skill set of the learners. There are again certain notes and phrases that need to be played in a particular way even though you are doing the exact way as it is shown on screen.

Rocksmith 2014 video game is calm and patient with all its learners. I remember one of my cousins complaining about his music teacher in school scolding the boys every time they failed to play the piano in tune. These instances can easily be avoided with the new music video game. It encourages people to get the best grip and give advice to improve playing whenever required.