It is a multiplayer co-op game and is said to allow up to four players for co-op within the game. It has additionally been affirmed that ‘Dying Light’ will also offer asymmetrical multiplayer to its gamers. There is also an exclusive pre-order offer that will allow the player to choose a game mode in the gameplay called “Be the Zombie”. On choosing this mode, the player will be able to both play as a zombie character as well as join other players’ worlds within the game. 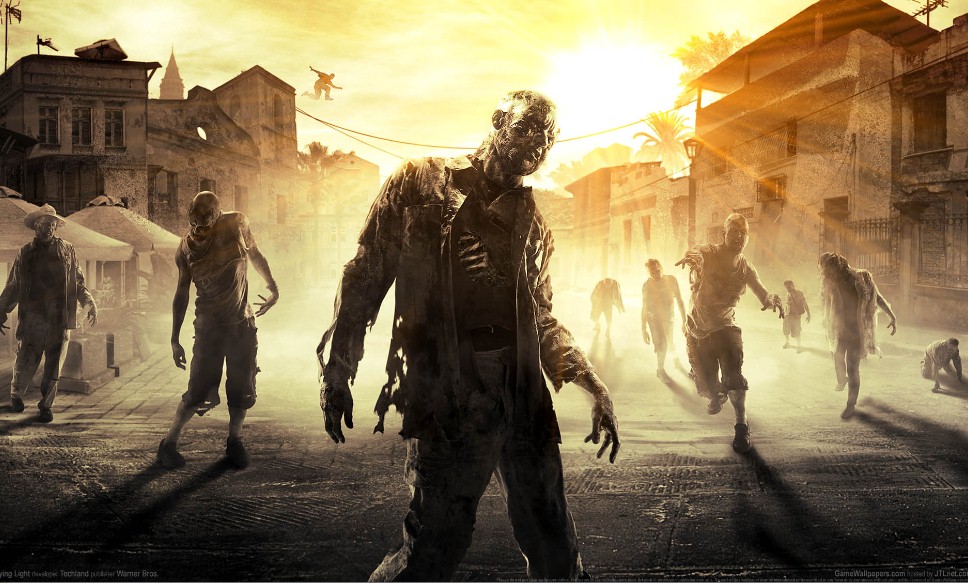 Two tasks that players can look forward to in ‘Dying Light’ have been confirmed. One is a kill as many as you can spree where the player must try to destroy as many zombies in the game as possible, and the other is where the player must participate in a race to reach an airdrop. By the way, these are just two of a multitude of challenges that is supposed to be part of the game!

The Storyline and Protagonist Player Character of ‘Dying Light’

The basic theme of the game is set in a universe of the “zombie apocalypse”. Cliched? Honestly, yes. But if executed right, even clichés can be fun and innovative. And let’s face it. We gamers love being able to blast zombies in a game!

The main character that the gamer will be playing the role of will be Kyle Crane. Kyle is reported to be an undercover agent who was sent by his organization to infiltrate the city of Harran. However, the exact area he must get into is the quarantine zone in Harran. And once he’s there, the rules of civil society and law don’t count anymore. And he must do everything he can to survive!

The Predicted Gameplay of ‘Dying Light’

The zombie apocalypse world of Dying Light is an open world that was crafted after the model of slums and crumbling cities. The environment and set up of the game is urban and large. However, the area is overwhelmed by a viscous outbreak of virus and disease that has infected a hefty sum of the population. And the ones who were spared the direct effects of the outbreak must continue to survive the zombie apocalypse. Players (the uninfected) of the game must travel through this expansive, open world environment and forage for supplies and materials that will help them build weapons. These weapons are the only hope that will aid in defending and protecting them from the increasing infected populace.

Dying Light also uses free running mechanics in their gameplay. Hence, players can also jump from one roof of a building to another within the game.

The video game also has two cycles – the day cycle and the night cycle. Players will have different goals to achieve in both the cycles.

During the daytime, the player (or players) will have to explore their environment and forage and collect the supplies that they need. These supplies need to be sent to the “safe zones”, and the player can also set up traps, travel to the airdrops, and even save some survivors. For during the day, the infected are slow and detached. However, at night, the player will be occupied with defending and fighting against the infected – as they become much stronger, stealthier, more dangerous, and can even have the same running and fighting speed as the player characters.