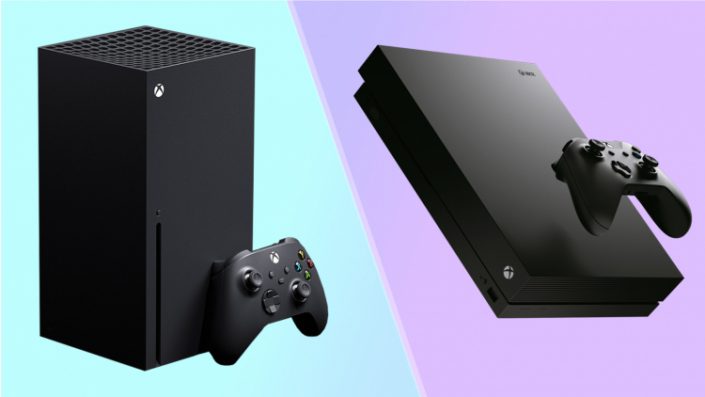 Against the background of the start of sales of a new console from Microsoft, the Amazon online store recorded a sharp jump in demand for the current generation console Xbox One X. It turned out that some buyers confused the consoles because of a similar name. Writes about this Polygon.

The demand trend was noted on Twitter by journalist Andrew Alerts. He posted a screenshot from a store claiming that demand for the Xbox One X was up 747%. He suggested that people purposefully started buying the current generation console to save money. As it turned out, some ordered it by mistake.

According to Polygon, Xbox fans started posting messages about the erroneous ordering of the current generation consoles on social media. One Twitter user stated that he accidentally bought an old console because he ordered it half asleep. Another customer found out his mistake when the delivery service said that the order would be ready on September 30th.

One of the Twitter users with the nickname Chris Cookson said that when he tried to find Xbox Series X on Amazon, the service sent him to the Xbox One X page. As a result, he was able to get to the desired page only from the official Xbox website, where a special ad banner.

Some users started joking about the console and those who were wrong. Others advised to be careful when placing an order.

The word 'Discontinued' is literally right in the listing.

I'm not going to praise Xbox's naming convention, but people should also pay attention to what they are buying when spending that much money on a piece of technology.

Or perhaps this was Microsoft's plan all along .. https://t.co/CMQ6abngtZ

Recall that Russian stores began accepting pre-orders for new Microsoft consoles on September 22. Xbox Series X will receive a 3.8 GHz processor, a graphics accelerator with 52 computing units and 16 GB of RAM. The developers claim that it will deliver 120fps performance at 4K resolution. Xbox Series S will receive a slightly weaker processor (with a frequency of 3.6 GHz) and three times cut graphics. It is rated for resolutions with upscaling from 1440p to 4K. The older version will cost 45,990 rubles, and the younger version will cost 26,990 rubles.