As a gamer, we’ve all at one time or another (or probably many, many times for that matter) been given the somber speech of how video games affect our health, can be notoriously addictive, have been proven in studies to be very bad for our concentration skills, and can promote violence among its players.

What people don’t seem to consider however, are the positive effects of playing video games. In fact, playing video games have been shown to also improve a variety of skills in gamers that are potently useful even in fields other than gaming. So here’s a shout-out to players of video games everywhere about the positive points of gaming. (Who knows? Maybe these points might even be useful as a counter argument the next time you find yourself in the afore-mentioned situation!) END_OF_DOCUMENT_TOKEN_TO_BE_REPLACED 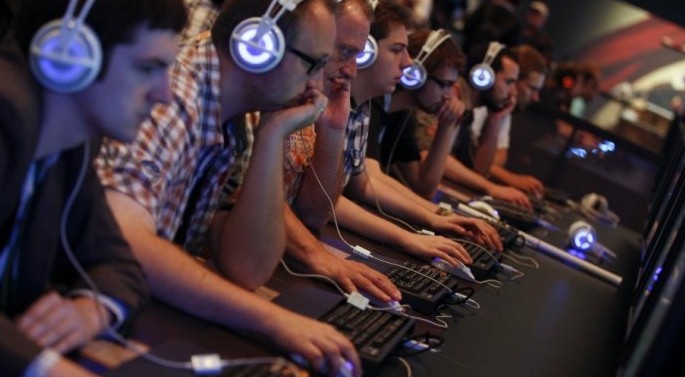 Socially, there are (at the most general level) two basic types of people: Introverts and Extroverts. Now, for a long time – and even now in the current generation and era – the real life social situation is more or less designed to facilitate the extroverts. Which is why it is really no surprise when we see introverted people cringe, avoid, and generally hide in such social situations. In fact, you can often pick out a person (or persons) that lean towards an introverted nature quite easily in the real life social crowd. They are the people who stand awkwardly alone or cling to a single friend or small group. It is that person who seems physically ill when someone tries to make small talk with them. You will even find some of them hovering near areas where the exit is within easy reach or quick access! Forget that. You yourself might be this kind of person and will often find yourself trying to avoid real life social situations with a vengeance. END_OF_DOCUMENT_TOKEN_TO_BE_REPLACED

The #GamerGate war, which was sparked earlier this year thanks to a revenge post by a programmer about his game developer ex-girlfriend, is by now probably common knowledge. However, the fact that is still ongoing, and is still a pretty vicious war, is what keeps putting #GamerGate in the top topics of gaming news.

Online discussions and debates are normal. And in all honesty, it is almost laughably easy to start a debate online. It often seems that the World Wide Web is full of users who can’t wait to find something to spew about – and most often in a negative and unproductive way. END_OF_DOCUMENT_TOKEN_TO_BE_REPLACED

Traditional Video Game Dynamics – Cater to the Males, Ignore and Criticize the Females 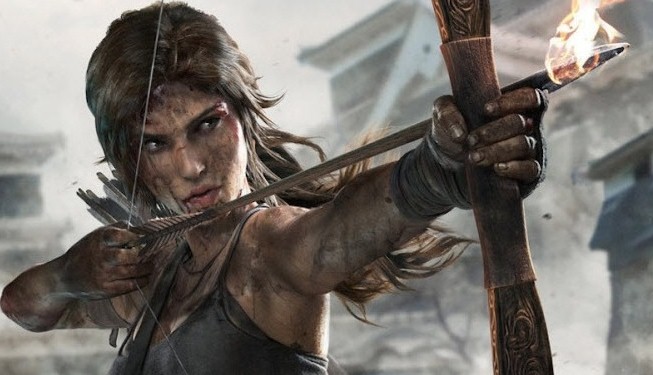 Video game developers, from the very beginning of the video game development era, have been aiming at the male audience and, quite frankly, ignoring the female gamers. Luckily though, it seems that the general population doesn’t care for the theme or marketing gimmicks of video games overmuch. If the game is good enough to catch a gamer’s interest and attention – whether that person is a man or woman, girl or boy – then it will be played. END_OF_DOCUMENT_TOKEN_TO_BE_REPLACED

Niko Partners and the Online Gaming Market in SEA

So long, SEA or South East Asia online gaming market basically referred to China and Japan. However, Niko Partners findings in 2014 affirm that the 3 countries in SEA – Indonesia, Thailand, and Vietnam have started playing a key role in the e-gaming market. This year, the online gaming market in Southeast Asia that includes both PC-based and mobile-based, has gone up to US$784, 4 million.

China indeed has a big online gaming market with annual revenue of $13 billion in 2013. It represents 40% year on year growth. According to IDC, the predicted growth of Chinese e-gaming market will be 23.5% from 2014 to 2018. Spending on smartphones games in Japan also rose from $3 billion in 2012 to $5.4 billion in 2013. In 2014, the amount will further increase. However, the latest revelation by Niko Partners proves the existence of a strong SEA gaming market that rivals both China and Japan. END_OF_DOCUMENT_TOKEN_TO_BE_REPLACED

How Females Appear in Video Games and Why that is Important 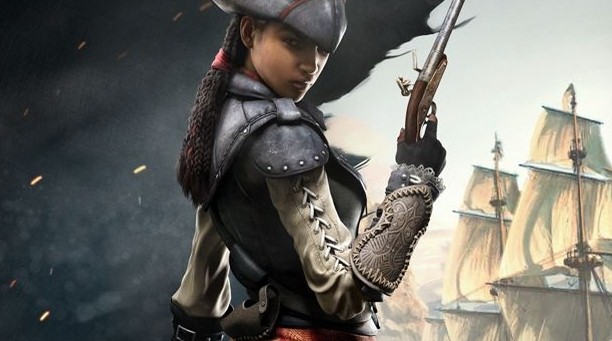 Anita Sarkeesian is well known for her criticism and observations of how female characters are portrayed in video games. And she has also called many game developers up to task for the same. Now, although there is a long range of backlash that she has received for her views (which has only gotten decidedly worse ever since the #GamerGate controversy), anyone who has played video games – especially those games where she has taken her examples of video clips and image cuts from – can see that she’s right about the “how”. END_OF_DOCUMENT_TOKEN_TO_BE_REPLACED 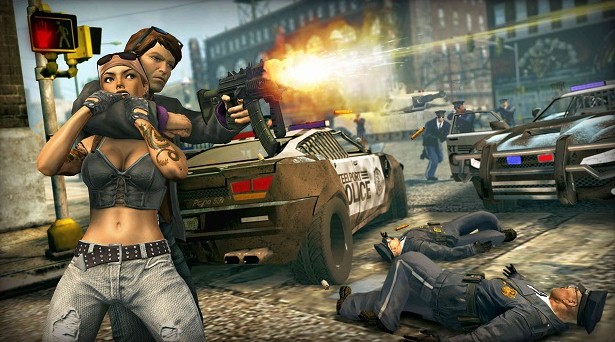 Zoe Quinn, a woman placed at the heart of the controversies currently running wild on #GamerGate in the gaming community, is a game developer. She is known for her game ‘Depression Quest’ and the fact that she deviates from the regular video game norm by developing games that are based on feelings.

Now, in spite of the criticism she received (and still receives) for developing video games that turn away from the normal pattern of plot and theme, she apparently was also asked (read ‘demanded’) who had developed the game for her as girls can’t develop games. END_OF_DOCUMENT_TOKEN_TO_BE_REPLACED

#GamerGate exploded on Twitter and in the gaming community this year with a heated and ongoing war. The main focus of the #GamerGate controversy and clash, however, can be found to focus on two main subjects: the corruption of gaming journalism in the current era, and gender-bias in the video game industry.

To be fair though, #GamerGate is an online discussion hashtag that can be about anything related to the video game world. But unfortunately, these two topics have effectively and quite brutally drowned out all other possible topics of concern and discussion regarding video games. END_OF_DOCUMENT_TOKEN_TO_BE_REPLACED

In January 2015 China will see the debut of Sony’s PlayStation 4! 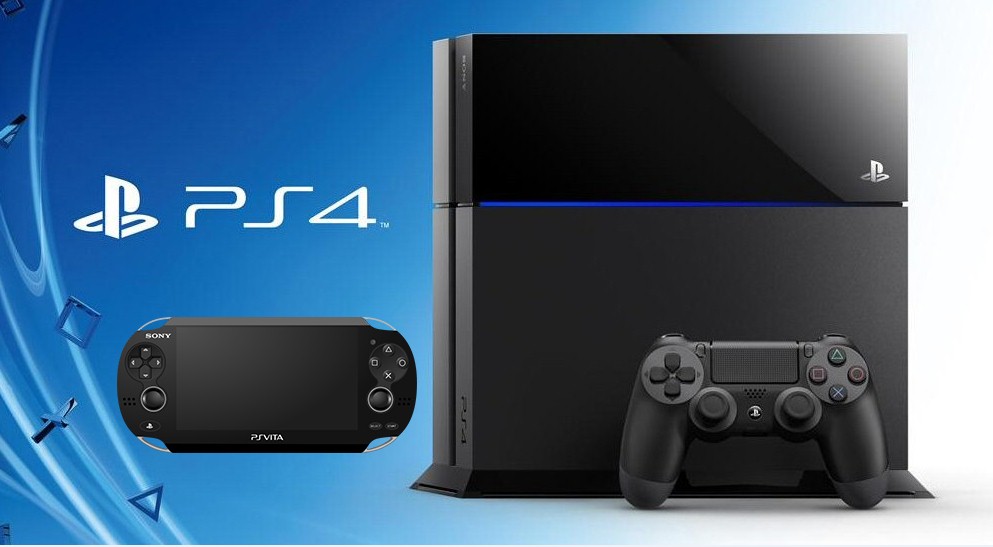 Sony Corporation has announced its decision of launching the very popular Sony PlayStation 4 console game in China after the Chinese government eased restrictions on game consoles. Tokyo-based Sony Corp. has finalized the date of PlayStation 4 release on January 11, 2015. The handheld PlayStation Vita will also start to be sold in the Chinese market at the same time.

END_OF_DOCUMENT_TOKEN_TO_BE_REPLACED

Video games – at least from the point of view of “purpose” – have always been gender neutral. Of course, the first video games were always targeted towards male gamers, and a majority of the themes and marketing of games are developed with the idea that male gamers are the main demographic to reach. However, despite those tendencies, the fact is that the ratio of female gamers to male gamers in the world is fairly equal. In fact, recently, in places like the United Kingdom for example, the number of female gamers is even speculated to be considerably higher than male gamers. END_OF_DOCUMENT_TOKEN_TO_BE_REPLACED